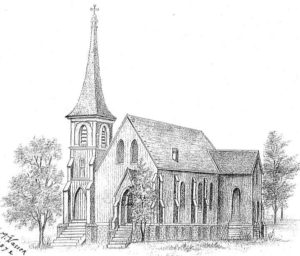 The preservation and restoration of St. Luke’s Episcopal Church, Cahawba, Alabama is of critical concern to the Cahawba Advisory Committee (CAC) and all friends of Cahawba. This structure captures an essence of Cahawba and the history that the Cahawba Advisory Committee seeks to preserve. Please take a few minutes to explore this history of St. Luke’s and how you can help preserve this historic treasure. 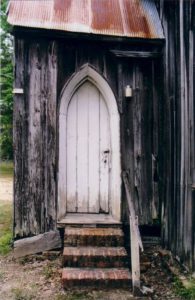 It is necessary to place the St. Luke’s Church Project in proper perspective. The information in this Overview covers 1854 to the present concentrating on developments that effect St. Luke’s Church.

By the early 1900’s Alabama citizens were rediscovering the ghost town that had once been the Capital of Alabama. Located on a peninsula created by the confluence of the Cahawba and Alabama Rivers, its moss covered trees, Indian artifacts, street grid, flora, artesian wells, imposing brick structures, and ruins created an aura hard to resist. 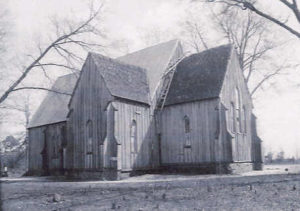 In 1908 Anna Gayle Fry’s Memories of Old Cahawba sparked renewed interest. Cahawba became an important excursion site for Archaeological and Historical Societies. In 1925 several hundred people made the pilgrimage to Cahawba to commemorate the 100th Anniversary of LaFayette’s visit. In 1926 annual spring pilgrimages by riverboat were sponsored by the Cahawba Memorial Association. This was a movement to preserve the cemeteries, ruins and structures still standing in Cahawba. Many citizens have spent a lifetime dedicated to this movement. 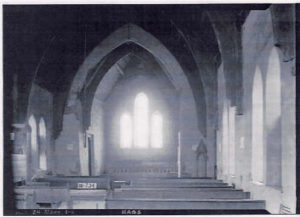 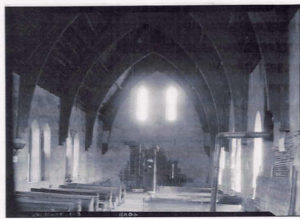 Some progress was made but it was the 1980s before there was real progress. The advent of the friends group, the Cahawba Concern, and the Cahawba Festival combined with the work of the CAC and local legislators to help the AHC to buy more land, build a welcome center, and hire a full-time staff. By the late 1990s with both the AHC and the CAC receiving regular State funding, hundreds of acres for the Old Cahawba Archaeological Park had been bought. In May of 2000 the AHC voted to acquire the remaining property by whatever means necessary. Since that date the CAC has provided grants to the AHC for that purpose totaling over one million dollars. The remaining property would have been acquired in the next two – three year period but budget cuts will postpone the final phase of land acquisition. 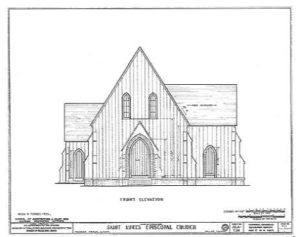 The AHC has acquired title to the only two remaining intact historical structures on site, the Fambro House, a 1840s raised cottage, and the Barker Quarters, a two story brick slave quarters. Although money is technically available to stabilize and partially restore the Fambro House and the Barker Slave Quarters, red tape and the lack of a AHC Master Plan combined with current funding issues has prevented much stabilization or restoration.

Perhaps another dozen intact structures that once stood at Cahawba are located in Dallas County. These were moved mostly during the 1870s. The AHC now holds title to the most architecturally significant of these, St. Luke’s Church. The CAC has awarded a $200,000 grant to the AHC to relocate St. Luke’s to Old Cahawba, its stabilization, and the seed money for restoration. 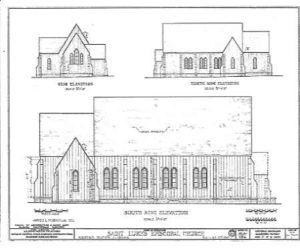 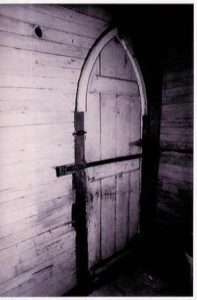 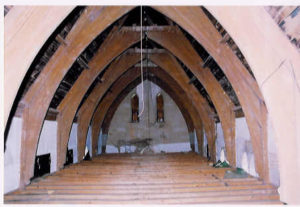 The Cahawba Advisory Committee would like to thank Alabama Historical Commission archaeologist Linda Derry for her input and discovery efforts in this critical phase of this project.
http://www.ruralstudio.org/projects/st-lukes-church