A Snapshot of Cahawba 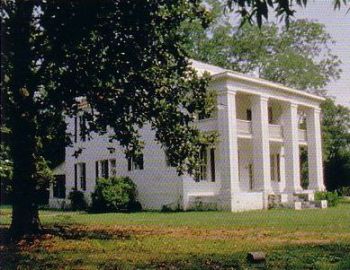 Cahawba was once Alabama’s state capital (1820-1826) and a thriving antebellum river town. It became a ghost town shortly after the Civil War. Today it is an important archaeological site and a place of picturesque ruins.

As early as 4,000 years ago Indians occupied Cahawba, and the Spanish explorer DeSoto may have visited a large Indian village located there in 1540.

In 1819 the state of Alabama was carved out of the wilderness. Cahawba, its capital city, was an undeveloped town site, a gift from President James Monroe to the new state. Consequently, Alabama’s legislature was forced to find temporary accommodations in Huntsville until a statehouse could be built. By 1820, however, Cahawba was a fully functioning state capital.

Cahawba’s low elevation gave it a reputation for flooding and an unhealthy atmosphere. Those opposed to the selection of Cahawba as the capital used this reputation to persuade the legislature to move the capital to Tuscaloosa in 1826. Within weeks Cahawba was nearly abandoned.

The flooding had been greatly exaggerated by Cahawba’s opponents, so the town recovered and reestablished itself as a social and commercial center. Cahawba became the major distribution point for cotton shipped down the Alabama River from the fertile “black belt” to the port of Mobile. The addition of a railroad line in l859 triggered a building boom. On the eve of the Civil War, more than 3,000 people called Cahawba home.

Cahawba’s glory days were again short-lived. During the Civil War, the Confederate government seized Cahawba’s railroad, tore up the iron rails and used them to extend a nearby railroad. A lice-infested prison for 3,000 captured Union soldiers was established in the center of town. In 1865 a flood inundated the town, and in 1866 the county seat was removed to nearby Selma. Businesses and families followed. Within 10 years, even the houses were being dismantled and moved. 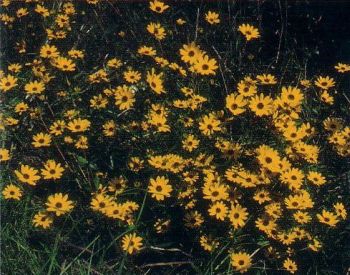 Soon, even this community disappeared. By 1900 most of Cahawba’s buildings had burned, collapsed, or been dismantled. Few structures survived past 1930, but the town was not unincorporated until 1989. By that time, only fishermen and hunters walked the town’s abandoned streets.

Today, nature has reclaimed Old Cahawba, but historians and archaeologists from the Alabama Historical Commission are working hard to uncover Cahawba’s historic past and to create a full time interpretive park. Visitors are welcome at Old Cahawba. Enjoy the wildflowers. Take the time to roam the abandoned streets, view the moss-covered ruins, talk with an archaeologist, read the interpretive signs, and contemplate Cahawba’s mysterious disappearance.

The site of Old Cahawba lies at the confluence of the Alabama and Cahaba Rivers. From downtown Selma, take Highway 22 west 8.6 miles. Turn onto Country Road 9 and follow this quiet country road another 5 miles to Cahawba.

This page is just a snapshot of the History and Legacy of Old Cahawba. For more details, please navigate the menus to explore various snapshots of Cahawba history. And please make time to visit our park and property.